The Dove has been a prominent symbol above the front door of our shop in Church Road, Wimbledon Village SW19 for nearly 30 years.

Doves are closely associated with love and peace. The dove was singled out to represent romance because Greek mythology associated the small, white bird with Aphrodite, the goddess of love (known in Roman mythology as Venus). Aphrodite/Venus is often depicted with doves fluttering around her or resting on her hand. Doves also represent monogamy and loyalty in relationships excellent qualities for marriage because they tend to stay with the same partner.

Doves belong to the Columbidae family, which is the family of pigeons. They have a round and a stout body, short neck and beak and are strong birds. They are excellent navigators, which also makes them capable of delivering messages. Apart from these traits, they are extremely popular, and are often associated with strong emotions.

They raise their young ones with great care and dedication. They build their nests in areas near human settlements. In a way, this may have given people the opportunity to witness the immense love, care, and loyalty displayed by white doves. People quickly associated doves with peace, love, and dedication. In fact, their reputation as symbols of love is so strong that many love potion recipes popular during medieval times required the heart of a dove!

In ancient Aztec culture, the Goddess of Love, Xochiquetzal, considered the mother of humanity who gave the world the gift of speech and languages, is believed to have descended on Earth in the form of a dove after the Great Flood.

In Hindu mythology, Kamadeva-the God of love-is known to ride a dove bird. This may also be another reason why doves are associated with love.

Doves are referred to as the symbol that defines the presence of God. The Biblical story of Noah’s Ark truly defines the symbolism of white doves with peace. As per the story, after the Great Flood, Noah sent out a white dove to see if there was any land. The dove returned with an olive twig its beak, which meant that it had found dry land somewhere. This brought relief to Noah, who had spent almost a year on the ark. Since then, a white dove with an olive twig in its beak is considered symbol of peace.

The dove is truly a bird that has touched the human mind and heart. It has inspired mankind with its innocence and purity. It reminds people of the very basic traits to live a fruitful life filled with love in peace!

The Michael Platt ‘Dove’ logo used on all our jewel boxes is available in yellow or white gold as a pendant or brooch. 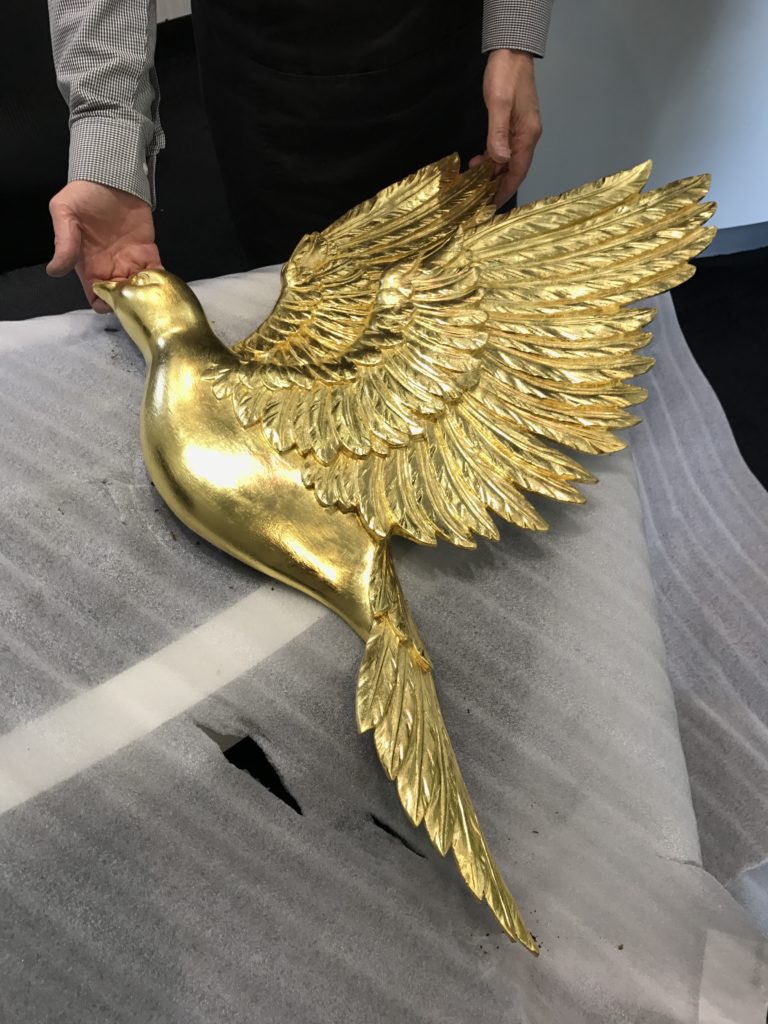 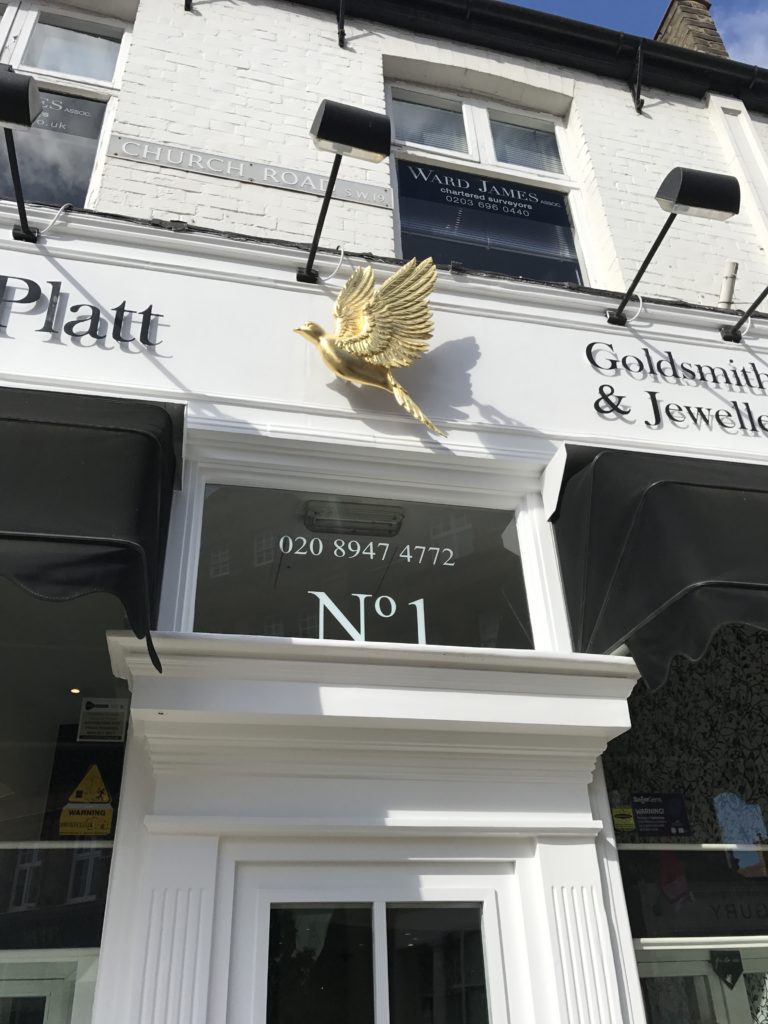 Subscribe to our newsletter and receive the latest updates, products and special offers we have to offer.

Subscribe to our newsletter and receive the latest updates, products and special offers we have to offer.